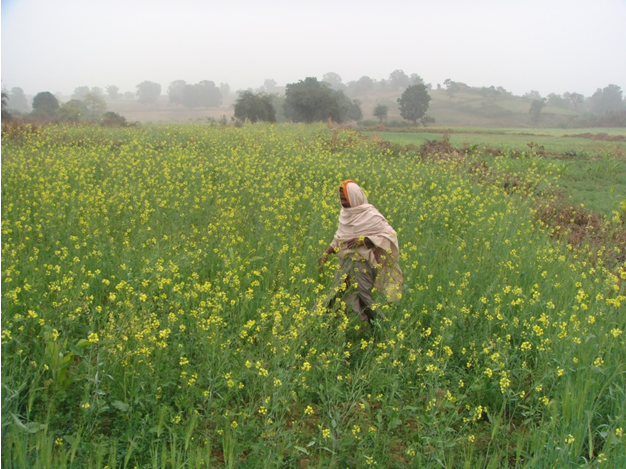 A mustard farm in NAIP project 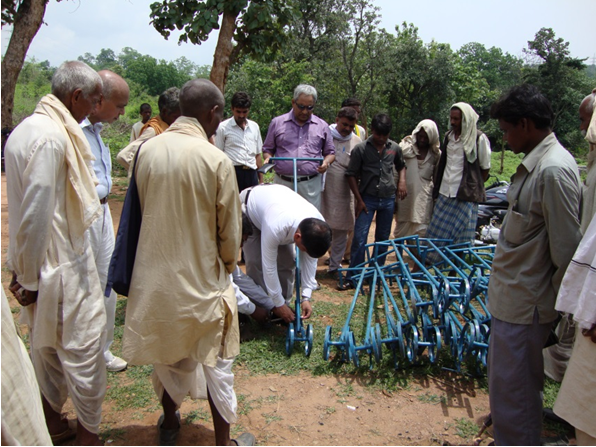 Demonstration and distribution of equipment for removal of weeds 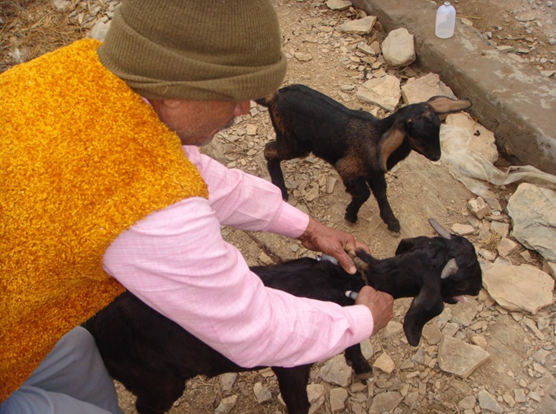 Banwasi Seva Ashram was a partner in this multi-institution project led by Prof. J. S. Bohra from the Institute of Agricultural Sciences at Banaras Hindu University (B.H.U.), Varanasi. The main objectives of the project were

A major outcome of the project was significant increase in the yield of crops and vegetables in the project villages. Prior to the implementation of the project, the farmers could hardly survive for 5 to 6 months on the farm produce. This period got extended to a full year. In fact, the farmers in the project villages now have surplus vegetables, which are sold in the local market. More importantly, local people were trained in improved methods of agriculture and animal husbandry. They have acquired skills in cultivation during seasons other than the rainy season. There was a rapid decrease in untimely animal deaths (from about 750 during 2009 to about 25 in 2011) as fodder is now available in plenty and there is increased awareness about inoculation and animal diseases. Keeping of poultry and other domestic animals (goats and cows) for additional income is on the rise. The project villages now serve as development models for the neighbouring villages.

Prior to the project implementation, the villagers were often forced to seek labour jobs in cities for 7 to 8 months each year. Also, village women used to collect firewood and sell it in the market. Now the women sell vegetables produce from their backyard in the local market. Thus, another important outcome of the project is decline in the movement of the villagers to neighbouring towns and cities in search of jobs